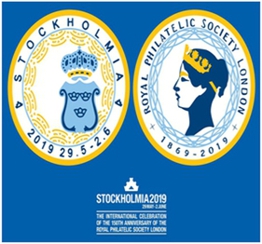 From 29.05.2019 to 02.06.2019, the Royal Philatelic Society London (RPSL) celebrated its 150th anniversary in Stockholm, Sweden. “Stockholm 2019” has become a philatelic world event – in fact, it has been one of the largest philatelic exhibitions 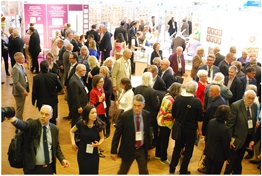 according to all FIP rules, with a rich accompanying program of over 150 lectures, seminars, auctions and social events.
During six days, the exhibition was visited by 7832 people from 51 different countries. 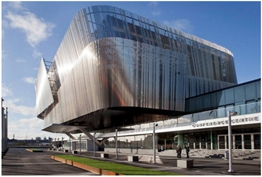 proved to be the perfect venue for such an event. The city of Stockholm is a fabulous place in the Kingdom of Sweden – magnificent palaces and buildings, unique nature surrounded by greenery and water, fresh mountain air and white nights attract many tourists. 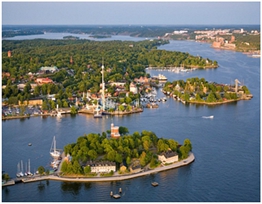 One day before the official opening, the exhibition was presented to the invited guests in a vernissage. On May 29, “Stockholmia 2019” was officially opened by 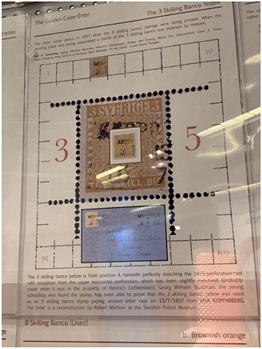 Carl Gustav XVI, King of Sweden, who proudly stated that this was the third Stockholm World Expo he had opened.

In the “Court of Honor” treasures from the collection of Queen Elizabeth II were shown on 12 frames, as well as Sweden’s exclusive Count Gustav Douglas collection with the legendary rarity Tre Skilling Banco Yellow, one of the most expensive stamps in the world. All exhibits were of very high quality, which is also shown by the result – the jury awarded 70 Large Golds and 96 Gold Medals. Of particular importance to us: Bulgaria was represented by two RPSL members (both of whom are also ARGE Bulgaria members): Ivan Mechev with a 1-frame exhibit and Isidor Gatti with 8 frames receiving Gold Medals. The documents from Bulgarian postal history (1840-1886) on his eight frames are extremely rare.

“Stockholmia 2019” presented the philatelic world in all its glory. It is to be hoped that this will be a milestone in the development of philately and that new young philatelists will reach similar heights in the future.